So I’m enjoying a lazy Saturday evening, watching the Rockets light it up in the first quarter as I peruse the Alien pages as normal. Sometimes I enjoy lurking in the dark much like the Xenomorph itself, learning and studying from afar. Other times I’ll jump and try to destroy worlds like David himself. In doing so, I realize we could use a little love for Prometheus. I’m sure it’s been absent due to everyone sick of talking about and the exhausting of Covenant arguing. Fuck it, this is my little-twisted corner of the internet and I feel talking about the Engineers.

When Ridley Scott first talked about telling the story of the Space Jockey, I was immediately intrigued. I’ve spent years upon theorizing about who/what was in the chair. Any comic, novel, opinion piece about it I would read. Still do. Despite still wanting a legit prequel as originally planned, I thought this was a great idea. Like everyone else, I had my own ideas of what I wanted to see. And I ended up pleasently surprised.

I was on the edge of my seat during the reveal at the end, especially when the Engineers sat in the chair and the pressure suit enveloped it. Dope. The kid in me wanted to see some crazy looking giant creature instead of a humanoid, but who knows how that would’ve played out. They are iconic. Big, mysterious, great look, and add some great new mystery in the mythos.

Most importantly of all, it gave us fans (that liked the movie) some new questions to play with. Unfortunately/Fortunately some of those were answered in Covenant with varied success. What are their roles in the universe? Are they really some type of God? Or, like Prometheus did they still the power of creation from someone else? What is their role in the creation of the Xenomorph? Are these assholes creating a weapon different from other Engineers?

It’s a shame some of the real juicy stuff was left in the Deleted Scene section of the movie. The Elders in the intro, the extended final battle with Shaw. The Elder scene shows how there are different sets of hierarchy. And in the long battle at the end, not only is it tenser instead of that quick nonsense but it’s awesome when the Engineer shows interest in the video they were trying to send out. What if they actually saw that prior to the meeting the Weyland? Maybe they don’t want to squash us like the vermin we are.

I think it’s an utter travesty the Engineers were tossed aside in Covenant. I think David is an A+ character, but Ridley put together all this time and effort to unravel the story of the Engineers all to toss it aside for David. Supposedly, he wanted to make 5 or 6 movies leading up to Alien. But maybe he should’ve planned a bit more realistically.

While I’m at it, I might as well throw a theory or two of mine out there. In Covenant we supposedly find out David is the creator of the Xenomorph. I still don’t think that is true. I don’t think neither Engineers or a narcissistic robot created them. The mural that Holloway finds has a green rock/vial at the base of it. I think that was the formula they were desperately trying to recreate. The Xenos have always been around. I choose to believe that the Engineers somewhere along their travels had encountered. The installation on LV-223 was there to recreate them for their own uses. I’m sure they are powerful enough to capture them, but like everyone else the Engineers they discovered you can’t tame the beasts. So they said, “Fuck it, let’s make our own world destroyers!” Probably not in those exact words but you get the gist.

Anyways, I thought it would be fun to talk about again. I hope the comics and novels continue to explore their stories. Assuming Fox and/or Ridley Scott allows it. If not, we fans can speculate until we go blind. So this basketball game is incredible as we’re halfway through the 3rd, I’ve typed more than I initially planned. If you want to discuss this further be sure to like Xenomorphing on Facebook and give me a follow on Twitter: @xenomorphing426. As always, stay frosty.. 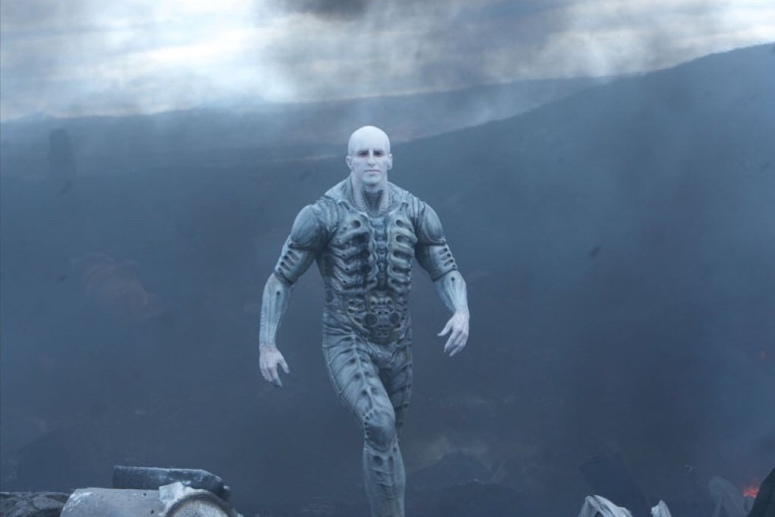 One thought on “Prometheus Musings: The Engineer”