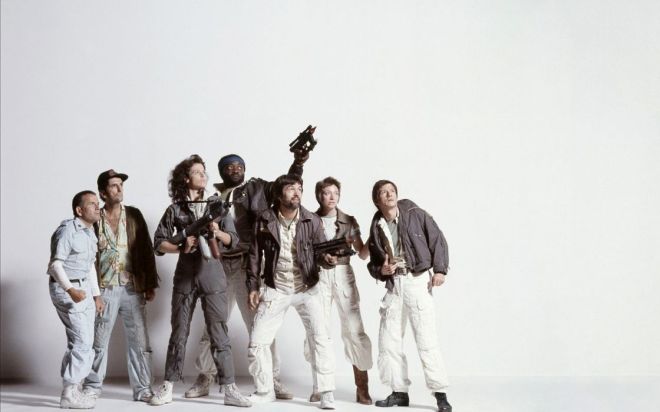 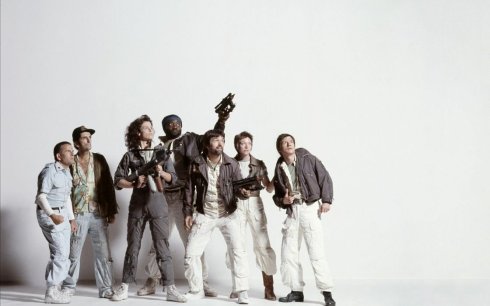 WordPress was kind enough to remind me that has now been over three months since my last post. Thank you all for continuing to support the page and site despite a complete lack of content on the article side. My life went from the end of Aliens, everything all figured out: home,family, and cat, to having my stasis interuppted and unceremoniously thrown back into a world I hadn’t been in quite some time. However, I am back and ready to dig into this project idea I’ve had for awhile. The supporting characters in the Alien franchise have always been interesting to look into, despite it’s varying quality over the years. I will dig into each movie from Alien to Covenant, with a podcast episode to pair with it. Enough fanfare, the classic Alien awaits!

Part of what makes Alien so great is how it presented each character. Because of the intimate setting, no one is wasted as a throwaway. Each is written, developed, and performed with such care. You feel as if you are in the Nostromo with them, sharing stories, gripes, and taking turns feeding Jonesy. Every piece of dialogue is carefully measured, every body movement meaningful. So let’s take a dive into our crewmates..

Captain Arthur Dallas: Across various Facebook groups (Perfect Organism Podcast, Builidng Better Worlds, Alien Prequel Paradise, Weyland-Yutani Bulletin and of course Xenomorphing) I asked who was their favorite supporting character, Dallas was the most popular answer. Tom Skerrit absolutely nailed this role. Dallas was just your run of the mill Captain, doing what is told and trying to keep his crew happy. Everyone rallied around him, and there was that hint of a relationship with Ripley. The little cues between them, especially when they were together you can see it. You really felt like Dallas was going lead everyone to safety and conquer the alien menace. One of my favorite exchanges is between Dallas and Ripley when they are arguing about Ash: “I don’t trust him!” Ripley exclaims, Dallas responds “I don’t trust anybody”. Amen to that Captain, amen to that.

Chief Engineer Dennis Parker: It was nice to see Parker receive lots of love in response to favorite characters. Arguably no one epitomizes the blue collar feel of Alien then him. This wasn’t the squeaky clean aestchtic of 2001 or Star Trek. Parker is smartass employee who feels he is underpaid and overworked. Want me to do something i’m not supposed to do? Pay me! A little double entendre at the dinner table with Lambert? Parker has you covered. The work relationship he had with Brett was great, you can tell they also had a close frienship. Their banter was natural and it felt like they were friends for years, Parker was visibly upset when Brett was killed. Yaphet Kotto is wonderful in his portrayal of his Parker, any movie I saw him after this I expected him to ask about the bonus situation.

Science Offer Ash: What an interesting character he’s turned into over the years. His importance in the story and Alien mythos. At first, Ash seems like he is just a science officer. But in the movie’s biggest twist, it turns out Ash was sent by the Company to bring back the xenmorph specimen. to be studied and used as a weapon. Nothing else matters. When you watch the film again, you’ll notice Ash studying the crew, sizing them up. Take extra in watching Ash as he looks at Kane, especially after the facehugger is removed. Two very important components are learned through Ash’s actions: The Company, whom in Aliens we learn is named Weyland-Yutani wants the Alien for itself. And by rerouting the Nostromo, apparently knew about it beforehand. Sheesh, and you thought your employeer was heartless! Plus, we all learn not to trust robots. After Alien, we all are immediatley suspicious of every synthetic the second we meet them on screen. And this is a supporting character! Most movies don’t have a lead that is this interesting. The how and why of Ash has become one of my favorite dynamics of Alien. I used to drift towards Dallas, but i’m shifting more into an Ash mood as I older.

Navigator Joan Lambert: Poor Lambert. All she wanted to do was go home. She didn’t want to wake up early and she certainly didn’t want to explore any strange signal. There also seemed to be a slight distaste for Ripley, each interaction had an untertone of annoyance. The way Lambert says “I know that” after Ripley tells her “It’s not our system”is especially cold. You can also see it more in the Director’s Cut. Much like us in the audience, Lambert felt completely hopeless once the Alien started picking her crewmates off. I cant say I blame her, it’s tough to keep your cool with that thing running around. Lambert also has the honor of taking part in one of the most talked about deaths. Because of how the xenomorph approaches her and it’s off screen, many feel she was raped. I’m not a believer in this theory. Lambert represents the fear in all of us, we all think we are tough in the face of adversity. Nothing can stop us. But when utter death is staring us right in the face, sometimes we just lose all composure.

Executive Officer Thomas Kane: No one was more eager to explore the mysterious signal than Kane. Once Dallas asked for volunteers, he couldn’t wait. None of this surprised Dallas either. When exploring the Derelict, while everyone was maintaining caution, Kane was exploring every nook and cranny he could. And this would be his undoing. Perhaps taking a cue from Jonesy, Kane stuck his nose where it shouldn’t and regretted it immediately. Though all knew him briefly, we get a sense he was beloved by his crewmates. They couldn’t be happier when it seemed like he recovered and enjoying one last supper together.

Engineering Technician Samuel Brett: Right. Parker’s right hand man and best friend. This quiet soul hangs in the background doing his job. Easily, the quietest member of the crew, Brett is content working and buddying up with Parker the entire time. He seems at his happiest fixing,tweaking, and building. I know i’ve had my days when I just want to dive into work and ignore every human. And there some of us who just prefer to to keep away from the crowds and the noise. I certainly have my Brett moments that’s for sure. At least Brett has the honor in taking part in one of the most memorable deaths in the franchise. The Alien’s first victim. The entire sequence of Brett searching for Jonesy until he finds his fate is A+ filmmaking. Right.

Professional Tabby Cat Jones: The most underappreciated member of the crew is Ripley’s little furball, Jones. He had quite an eventful stay on the Nostromo. You can’t underestimate the importance of someone who Ripley would risk her life for to rescue. Without the Jones Rescue, Ripley would lack the resquisiet training to rescue Newt. It was foreshadowing in a way, or is that furshadowing? Let us also not forget Jonesy stared the Alien right in the face and survived. Even it knew when it was outmatched.

There you have it. One of the finest ensemble casts in any science fiction movie. This was an enjoyable start to the series, I am eagerly looking forward to digging into the supporting characters of Aliens. But before doing so I am going to break down the creatures of each movie as a companion piece. The Big Chap is up next!

One thought on “Support System: Digging Into Alien’s Supporting Characters”